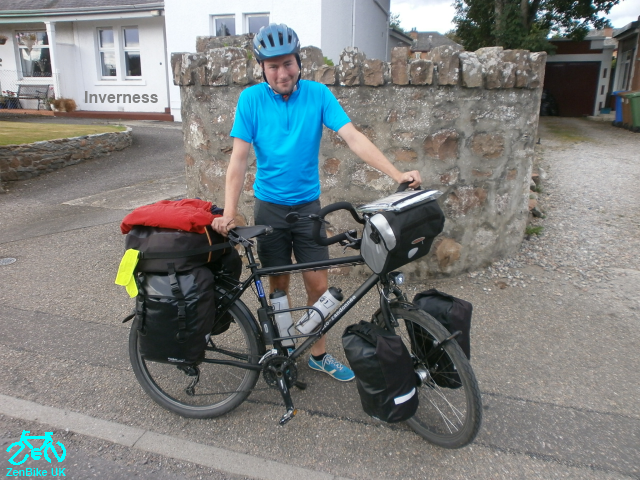 This is Bart, a Frenchman I met recently. In the past few weeks he has cycled through Wales, Ireland and Scotland. He's been up to John o'Groats and was passing through Inverness on his way South.

As you can see, his bike is well-equipped, he has a map (and knows how to use it),
and he's even wearing a helmet.

He's clearly not just popping along to the shops nor is he a racer. 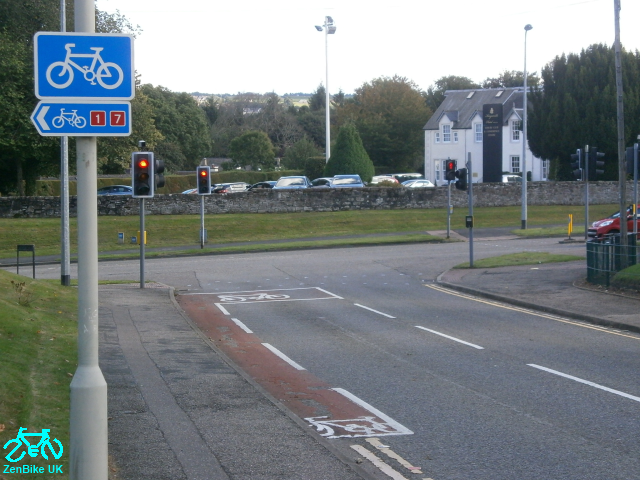 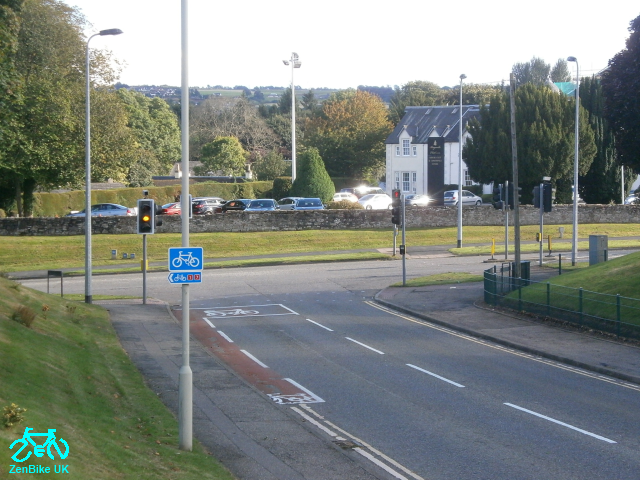 I saw him as he was following Route 1 of the NCN (National Cycle Network) along this road towards the T-junction where he intended to turn left.

I was cycling along on the main road (right to left). 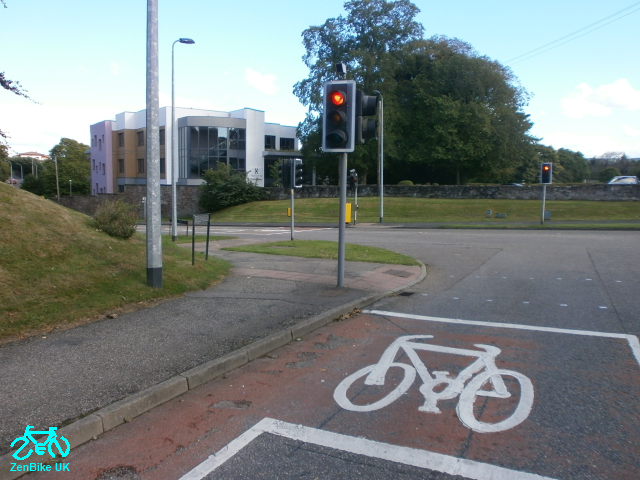 When he arrived at the traffic lights they were at red.
He stopped in the box, behind the ASL (Advanced Stop Line).
A car drew up and stopped behind him.

With the light still at red, Bart decided to cycle forward to the dropped kerb and onto the pavement on the left.

The driver behind sounded his/her horn a couple of times. 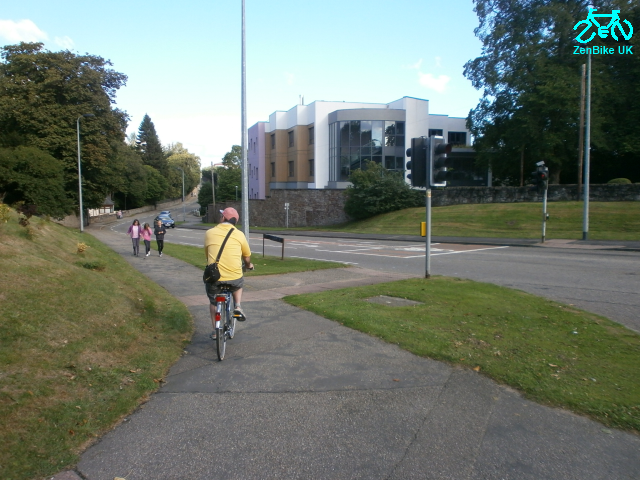 In the eyes of the driver, Bart had broken two rules:
jumped a red light and cycled on the pavement.

This bit of pavement is used regularly by cyclists for the usual reason
- fear of cycling on the road.
(The picture shows another cyclist at a different time.)

As far as I'm aware, pedestrians and cyclist co-exist here without problems. 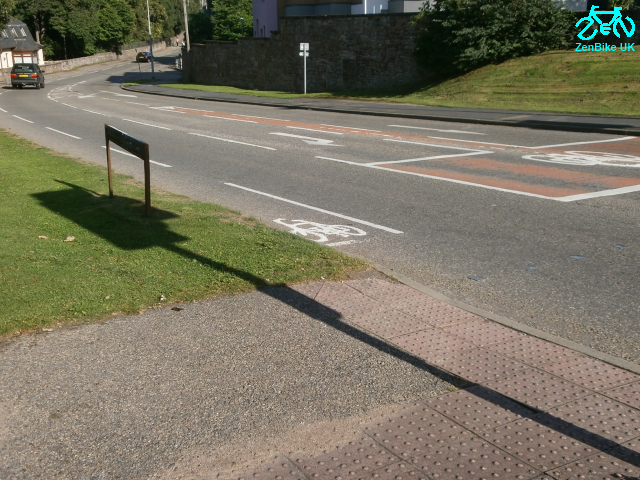 Round the corner, Bart went back onto the road and used the advisory cycle lane.

According to the NWC (Nice Way Code):
Bart shouldn't jump a red light and is old enough not to be cycling on the pavement.
I believe he acted with due care.

On the other hand the driver broke a rule by sounding the horn.
Sitting in a car doesn't give the right to pass judgement on others.
Or had I discovered one of those rare drivers who has been affected by the NWC?


Your comments are welcome.
Posted by Zen Biker Maniac at 01:31 2 comments: